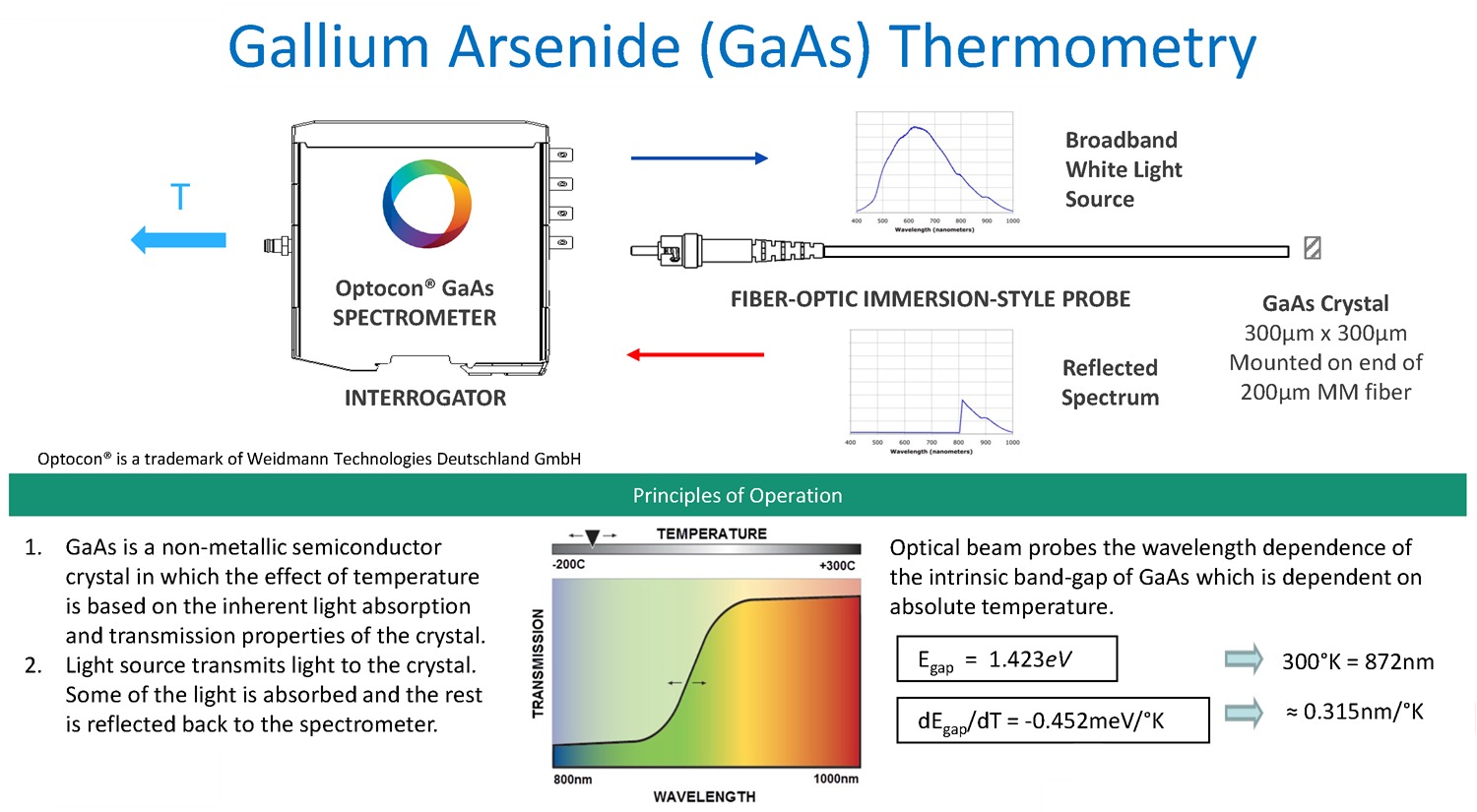 The TS series fiber optic temperature probes are true absolute temperature sensors consisting of a gallium arsenide (GaAs) crystal that is mounted on the end of an optical fiber. The diagram above illustrates how the fiber optic temperature measurement system works. A broadband light source is coupled into the fiber and impinges on the crystal. GaAs behaves like a temperature sensitive cut-off filter in which the crystal absorbs some light and transmits other light. The characteristic edge, or transition wavelength, between the reflected and transmitted spectrum is directly related to the band gap energy, and hence the absolute temperature.

Technical Explanation: The system records the photo energy sufficient to excite an electron from the valence to the conduction band of the semiconductor crystal. The required amount of energy is equal to the so-called band-gap energy, Egap. The well-known underlying principle of operation is based on the temperature dependence of the band gap of the direct (zone center) GaAs intrinsic gap; Egap=1.423eV, corresponding to 872nm at 300°K; dEgap/dT= -0.452meV/°K at 300°K. The spectrum of a GaAs sensor crystal placed in a medium of unknown temperature is measured in the reflectance mode, and the wavelength position of the characteristic edge is analyzed to determine the temperature.

NOTE: FOTEMP® is a registered trademark of Weidmann Holding AG

Select the TS temperature probe best suited for your application:

Most popular models usually available in stock for PURCHASE: