Fiber optic sensing offers measurement solutions where electrical and electronic circuits simply cannot function. Fiber optic sensors work entirely based on photons, which in common terms is known as light. From a physics point of view, photons do not have mass, photons do not interfere with electrons and photons only interfere with other photons under specific conditions. Therefore, photonic behavior is predictable and controllable according to basic physical laws, even within high electromagnetic fields, high magnetic fields, high radiation fields, and extreme temperature environments.

With the advent of fiber optics, the scientific community has learned to guide light over large distances within a small strand of glass with minimal loss or interference. The internet as we know it would not exist if it wasn’t for fiber optics. Incredible amounts of information are moved over the fiber optic networks crisscrossing the entire world.

It has become apparent that photons could be used for sensing physical quantities using only light. Many of the fiber optic innovations stemming from the communications industry can be directly applied to fiber optic sensing. Some of the earliest fiber optic sensors were fiber optic rotation sensors (gyros) that were described and demonstrated in the 1970’s. Fiber optic gyros are mature products, extremely accurate and reliable, and used primarily in high-end navigation systems as well as for geophysical drilling equipment guidance systems. Fiber optic acoustical sensors based on optical interference are so sensitive that they can pick up miniscule changes in pressure waves and detect sound from incredible distances -- sophisticated sonar applications are their main application. Sensors for temperature, strain, position, speed, angle, vibration, and sound have all been realized and are offered commercially. Of course, most any other physical quantities can be sensed and measured using light. However, not all possibilities have been explored or developed yet.

A fiber optic sensor is by definition entirely controlled by light and does not include any electrical components whatsoever. Typically, a fiber optic sensor is “interrogated” using a quantity of light, and the sensor alters the properties of this interrogation light signal in proportion to the physical quantity to be measured. The interrogator translates the received optical signals back into electronic quantities in either analog or digital form and serves as the interface to the attached control equipment.

Although fiber optic communication is being deployed extensively in industrial networks, the sensors connected to these networks are generally traditional electronic sensors measuring temperature, pressure, flow, position, speed, etc. As capable, versatile and intricate as electronics are today, there are limitations. Temperature range is limited to approximately -65°C to +125°C and an electronic sensor will not work reliably within high electromagnetic, magnetic fields, or radiation (X-ray). Electronic sensors are vulnerable to high voltage fields such as lightning strikes or high voltage transmission lines. Long electrical links are vulnerable to interference and ground loops, thereby compromising the sensitive sensor signals. Fiber Optic lines do not suffer from the problems mentioned above.

Micronor correctly identified the requirement for sensing needs beyond the realm of electronics and started developing the first fiber optic encoder in 2003 and launched this product in 2004. Sensing the movement of cable trams in mountainous areas and being immune to lightening strikes eliminated outages and increased reliability, resulting in cost savings over time. Since then, we have added numerous capabilities supporting our customers in the effort to overcome the limitations of traditional electric based sensors.

Fiber optic sensors not only offer advantages over electronic sensors, they enable new technologies to emerge. Sensors can be deployed within an MRI bore along with the patient. The sensor is not only immune to the extreme magnetic fields, but can also be transparent and invisible to the imaging process. This has resulted in new developments where robotics are integrated within the MRI bore. Other implementations include phantom organs to be used in the development of MRI software algorithms. For instance, an artificial heart using pneumatic power to move the heart muscles while the fiber optic sensors monitor the correct movement of the artificial muscles.

Clearly, fiber optic sensors are not meant to replace electronic based sensors. Rather, they augment automation and measuring systems, allowing for solutions that, without fiber optic capability, would not have been possible or would be cumbersome to realize. Fiber optic sensors are enablers of new technologies. At Micronor we are excited to be part of this pioneering field of technology and are proud to contribute to the future of yet unknown technological advances.

When is the Fiber Optic Sensor The Right Choice?

When dictated by the application, Fiber Optic Sensors offer many advantages over electronic based sensors.

Can an Electrical/Electronic sensor be used?

If the answer is a definite NO then the Fiber Optics Sensor solution must be considered and the next question is: “Will the fiber Optic Sensor fulfill the application requirements” as outlined below. 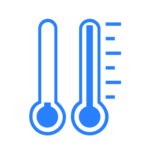 Since the fiber optic sensor contains very few parts it surpasses the electronic based sensor for shock and vibration resistance.

In this environment the fiber optic sensor does not offer any specific advantages over electronic sensors. An intrinsic sensor would be more robust then an extrinsic sensor. However cabling and connections need to be treated very similarly to copper. 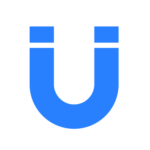 If link lengths to the sensor exceed 100m then fiber optics will offer an advantage. Ground loops are entirely eliminated no mater how long the fiber link. Fiber optic cable tends to be lower cost then copper wires.

Fiber Optics is immune to any magnetic interference. Deployment within electrical motors, transformers or MRI bore will not affect the optical signal. 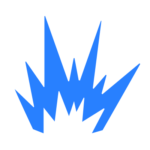 Fiber Optics will not spark when severed and it will also not short circuit. The sensor itself is regarded as a “Simple Mechanical Device” and can be deployed as such. Optical output power of the interrogator must be kept under a certain safety limit. This power level is in most any case not high at all and thus poses no safety hazard. 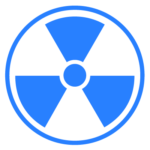 High radiation fields will render electrical sensors useless and thus fiber optics would be suitable. Depending on the type of radiation, certain optical fibers do not perform well under the influence of radiation. The application must be studied on a case by case basis. Numerous applications have been successfully realized. 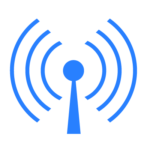 When the sensor must reside on a high voltage power potential, then fiber optic sensing will be a convenient and cost-effective way to go. Fiber optic cables are natural insulators and require no cumbersome isolation devices. For instance, fiber optic temperature sensors are successfully used for sensing buss bar overload temperature. Railroad pantograph monitors regularly make use of fiber optic position sensors. 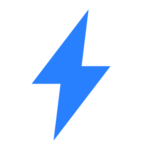