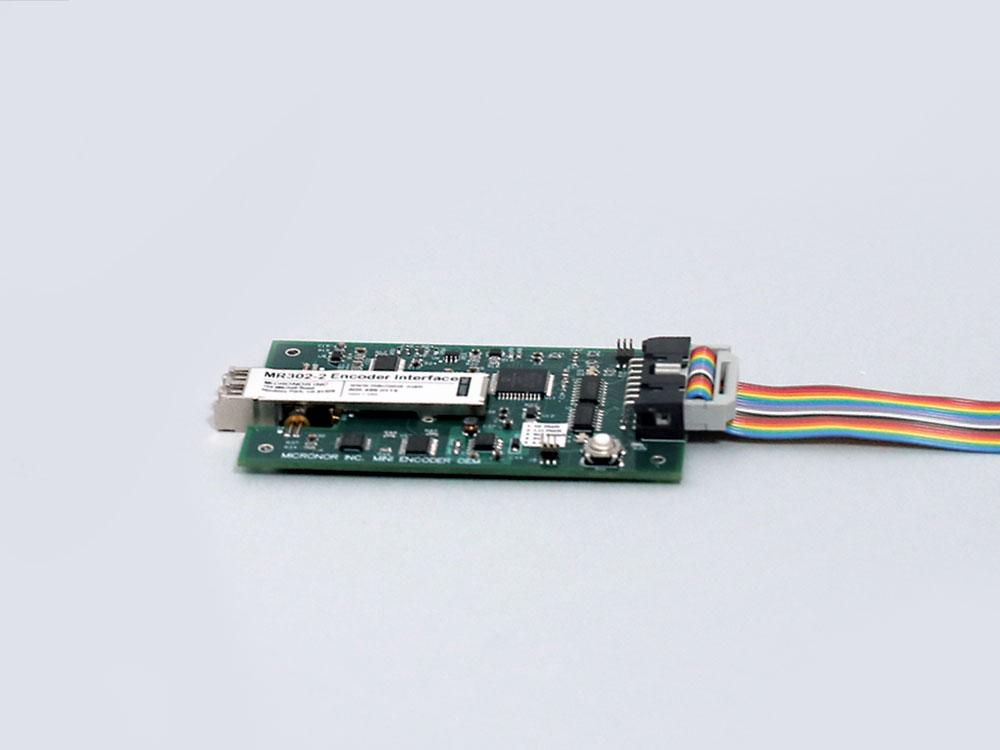 In operation, the MR340-0 Controller sends two optical wavelength signals to a remote MR34X series Sensor. The encoder then modulates each optical beam based on the direction with a leading or lagging phase shift. The return optical signals are split into two separate beams and converted back into electrical signals by two photo diodes whose outputs are amplified by two gain-controlled amplifiers. A microprocessor supervises the amplitude of the optical signals and constantly adjusts the signal to provide a stable quadrature output.

The system has built-in diagnostics and can signal any anomaly occurring during sensor operation.

Specifications subject to change without notice